I was looking for a gift for my little brother, and I came across this pattern for a Nintendo Switch Dock Cover:
http://www.christineswilliams.com/2017/05/pokemon-pikachu-nintendo-switch-dock-cover-crochet-intarsia/
I liked the concept but not the design - I'm not really into eight-bit pokemon. I came up with my own design which is an NES controller. In the end it was a little too long, but that's better than too small.
I did a green background, but any color really would work for that.
In all I had 6 colors: the background (green), white, two grays (dark gray, silver), black, and red. You only need a tiny bit of red, for the two buttons (literally two stitches). The white I used for the border of the controller, the dark grey was for the main body of the controller, and the silver was for the center bars. Black was used for the X controller and the select/start buttons.
My stitch dimensions were 42 rows with 49 stitches per row.

This pattern is all single crochet, I think a tight stitch is helpful since it's a screen protector. I should have written down what type of hook I used but I do not recall - I think I used what is recommended by Christine so a 2.75mm. Keeping the yarns from getting tangled was difficult - stay cognizant of your threads and untangle before they get hopelessly intertwined. 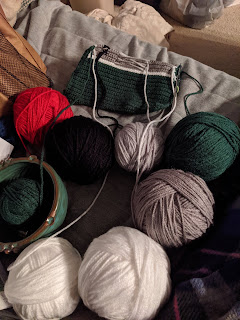 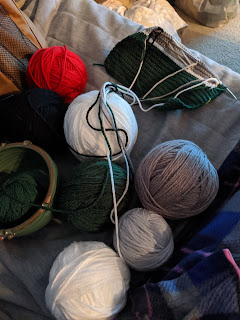 Color Key:
A is green (background color), B is white, C is dark gray, D is silver, E is black, and F is red. 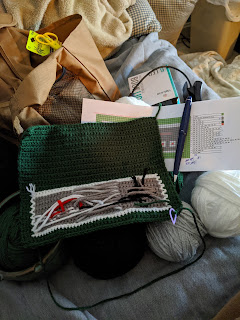 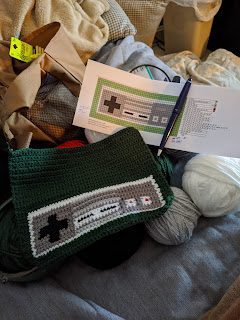 NOTE:
All rows are written left to right, but obviously when you crochet, you are taking turns starting on the left then right then left. I made this patter from a spreadsheet and failed to take that into account. So I believe it is on the even rows, read right to left with the stitches (the black X should be on the left of the pattern). 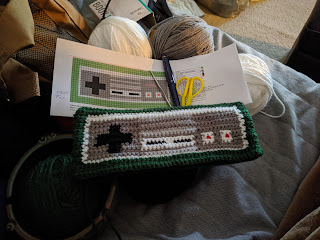 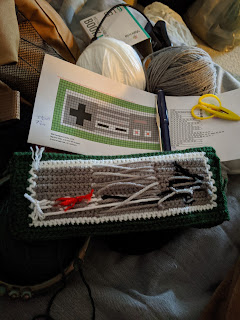 And here is my finished product, on my brother's Switch dock. 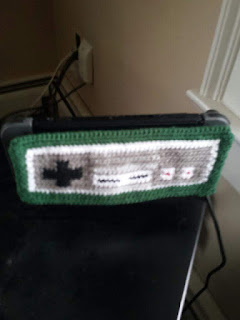 I hope you find this pattern enjoyable! You are welcome to make your own pattern like I did, just using the dimensions given here and in the source pattern. Have fun with it!
Posted by Lauren Conrad at 10:08 PM

Email ThisBlogThis!Share to TwitterShare to FacebookShare to Pinterest
Labels: crochet