So this weekend (Independence Day), my husband and I drove to Virginia Beach for an awesome weekend. Our trip down was fine, our stay was great, but then came the ride home. It took about 4 hours to drive down, but it took about 7 hours to get home. All because of 301.
Our GPS decided that was the route to take. Our GPS was very misled. At one point the road narrows to one lane to get over a bridge - to do this crossing, a 10 mile stretch of road took over two hours. Yes, it was horrible. As we were waiting there, I should have taken pictures of the decrepit buildings. Some looked like they had not been updated since the 50's.
After finally crossing that bridge, we realized it was close to 9pm (we were suppose to arrive back home at 8pm originally) and we needed to stop somewhere to eat. We are not fans of Burger King or McDonald's, so we were looking for a Wendy's. We could not find one, so we decided on Taco Bell (yes, bad idea). The one that is right here: Taco Bell on 301 They were playing country music, were out of straws, and took quite a while to give us our tacos. I should fill out the survey on the recipe. Anyways, after leaving there we needed to turn around to get back on track to go home.
Around here is when I think our GPS was hacked by Steven King or someone like that. Our GPS decided that Parkway Subdivision Road was a great place to travel down to turn around via Race Car Place and Industrial Parkway. The Google Map street view does not do this road justice: creepy road The trees are all very tall now, and it was dark. We pulled off the main road and stopped right there. We noticed the mailboxes all lined up at the road, meaning the mailman doesn't even venture back there. Mark turned on the high beams, and the lights lit up the dirt path disappearing into the tall dark trees with no signs of life back there. I wish we had taken a picture. We both said ABORT ABORT ABORT and got back on the main road.
We turned around at the next intersection, which happened to be Shining Willow Way (remind you of a horror movie?). And we decided to ignore the GPS as she tried to take us through inner city D.C. at night instead of just staying on the highways. Eventually we made it home!
One last note about the trip - we were driving along on a rural road (probably was 301) and were passing a huge corn field with no houses in sight. About halfway through the cornfield, we spotted a sign on the side of the road... for a school bus drop-off. Remind you of another horror movie? Yeah it was weird.
Moral of the story: Sometimes your GPS seems to be plotting against you.
Posted by Lauren Conrad at 9:43 PM No comments:

Email ThisBlogThis!Share to TwitterShare to FacebookShare to Pinterest
Labels: GPS

How I draw a comic

How I draw a comic to post at Comical True Story: 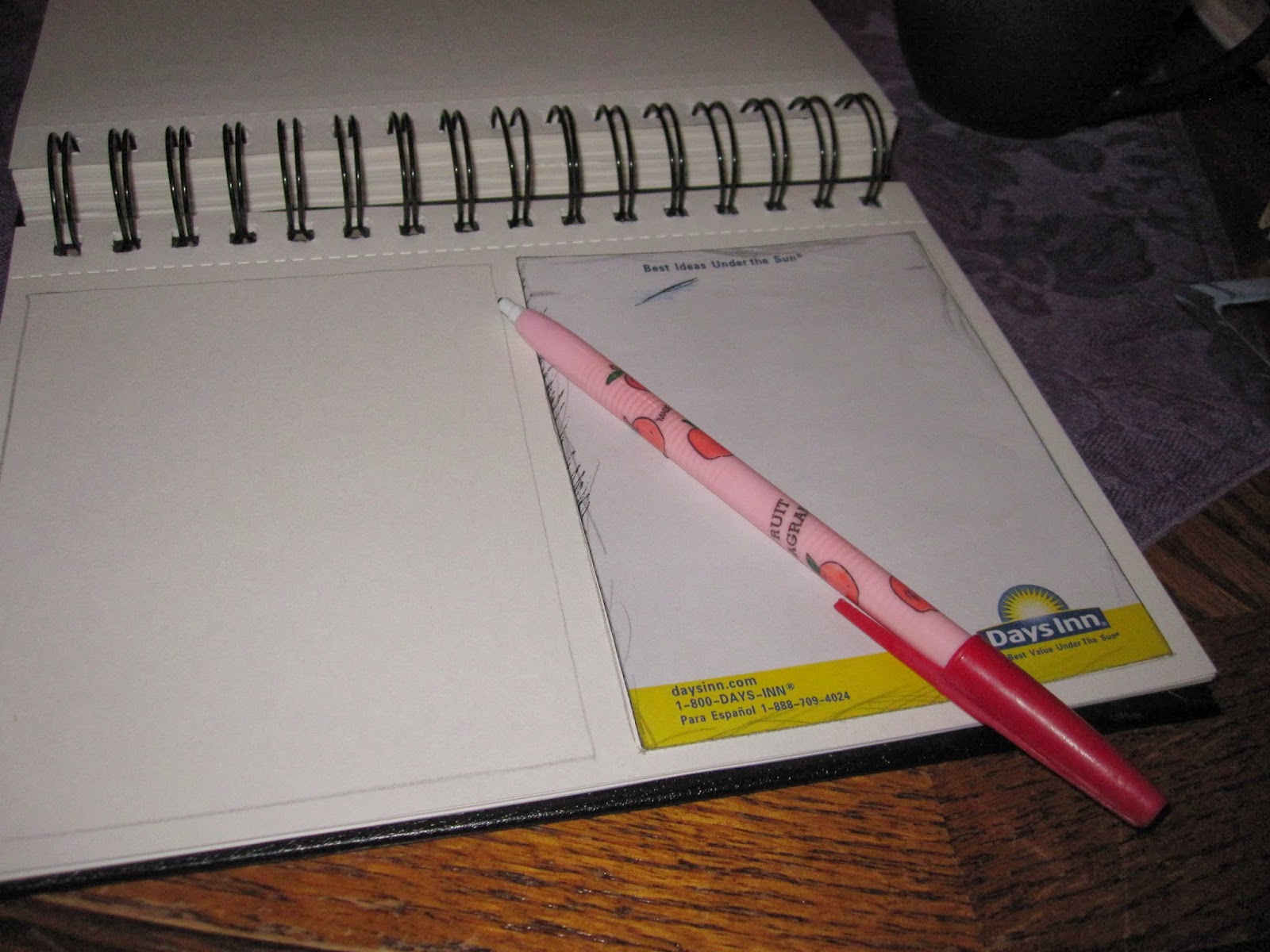 I start out by drawing a cell. How do I get them the same size? I found this nifty pad of paper somewhere. And yes, that's a retro pencil there. 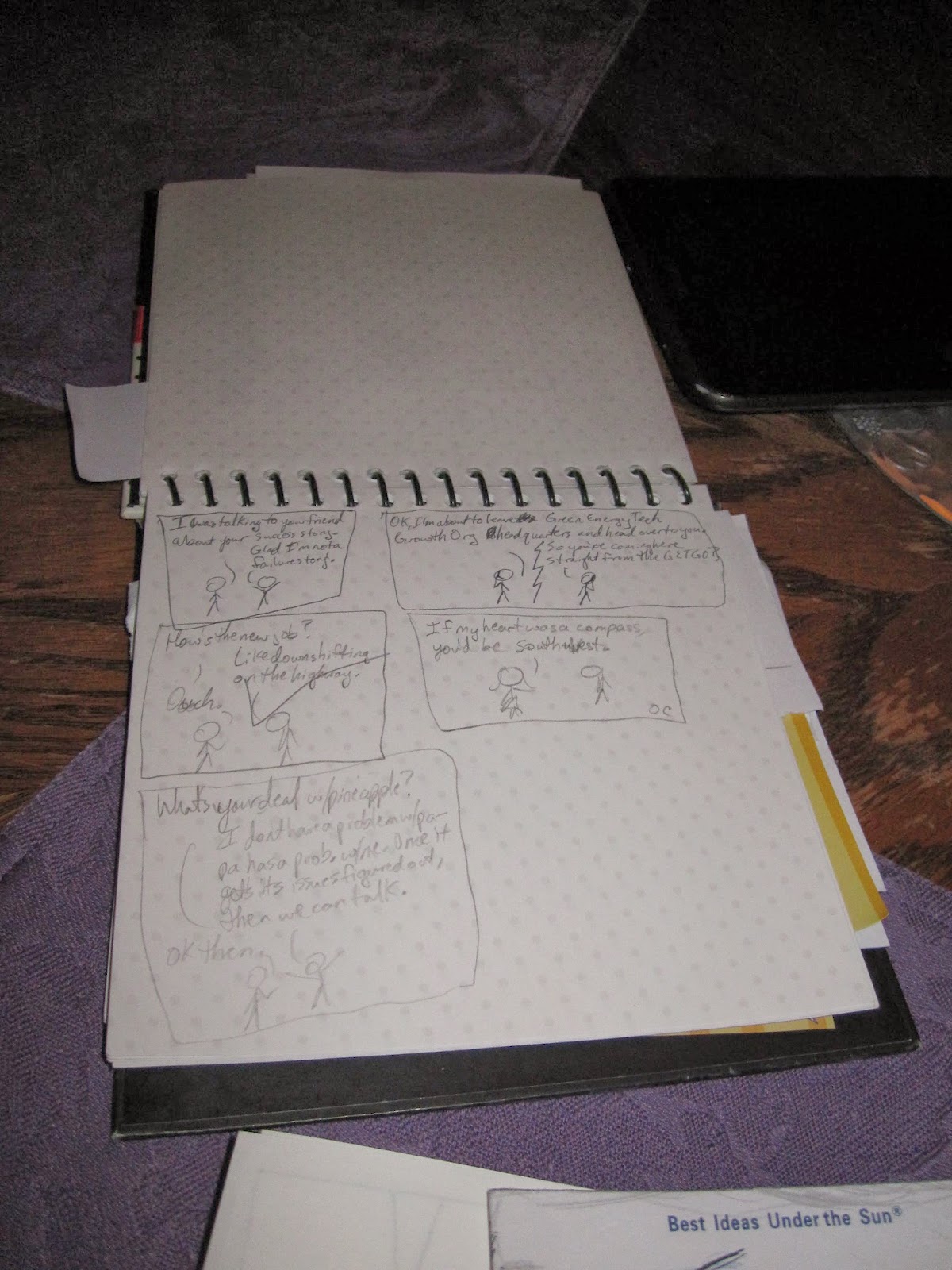 I then go to my idea book and select a comic to draw. 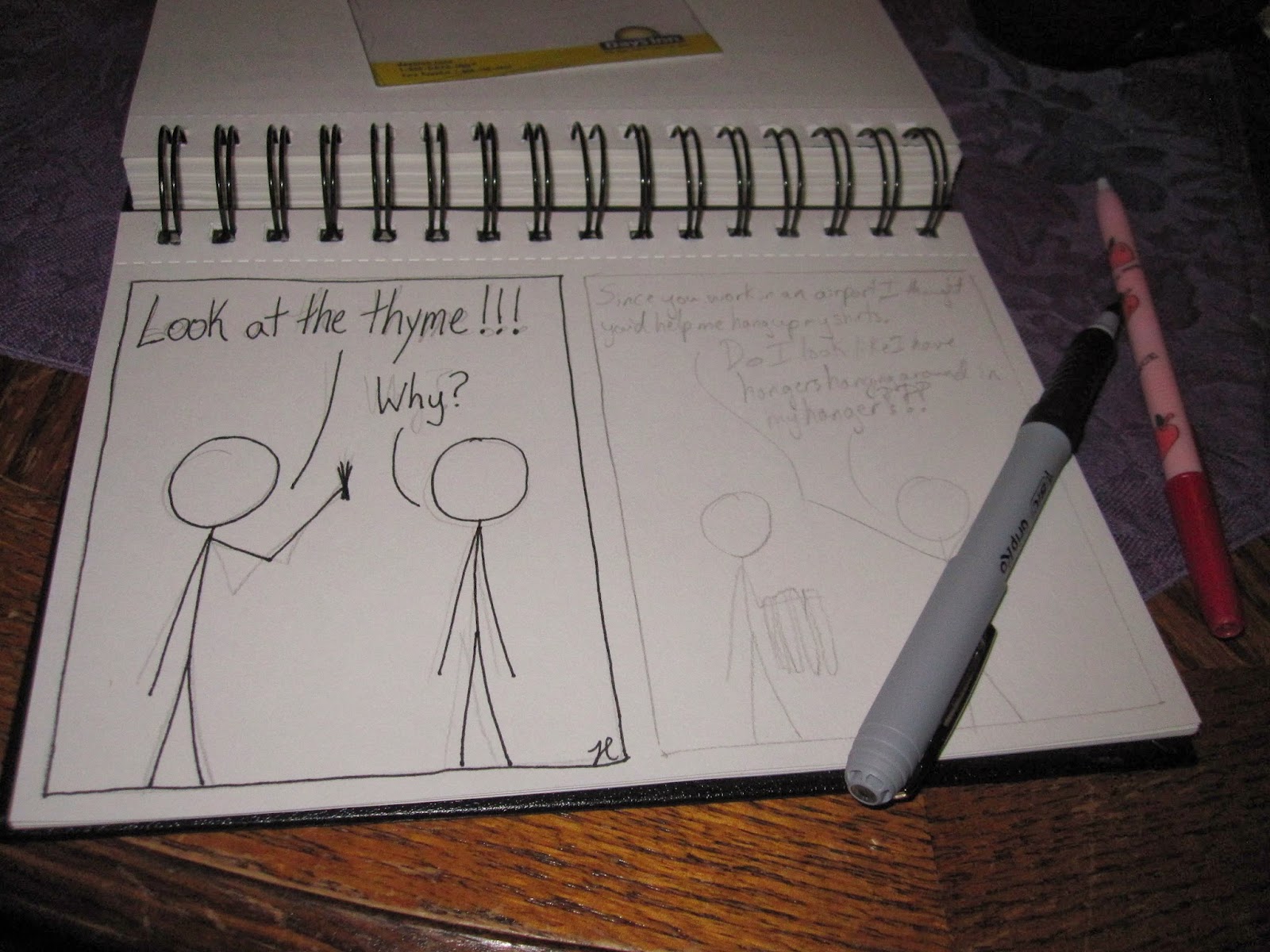 I first draw in pencil, then I ink it. After erasing the pencil, I scan it to my computer, crop, and post. Pretty simple.
Posted by Lauren Conrad at 6:20 PM No comments:

Email ThisBlogThis!Share to TwitterShare to FacebookShare to Pinterest
Labels: how to

How to make peanut butter

It's really quite easy. You need: 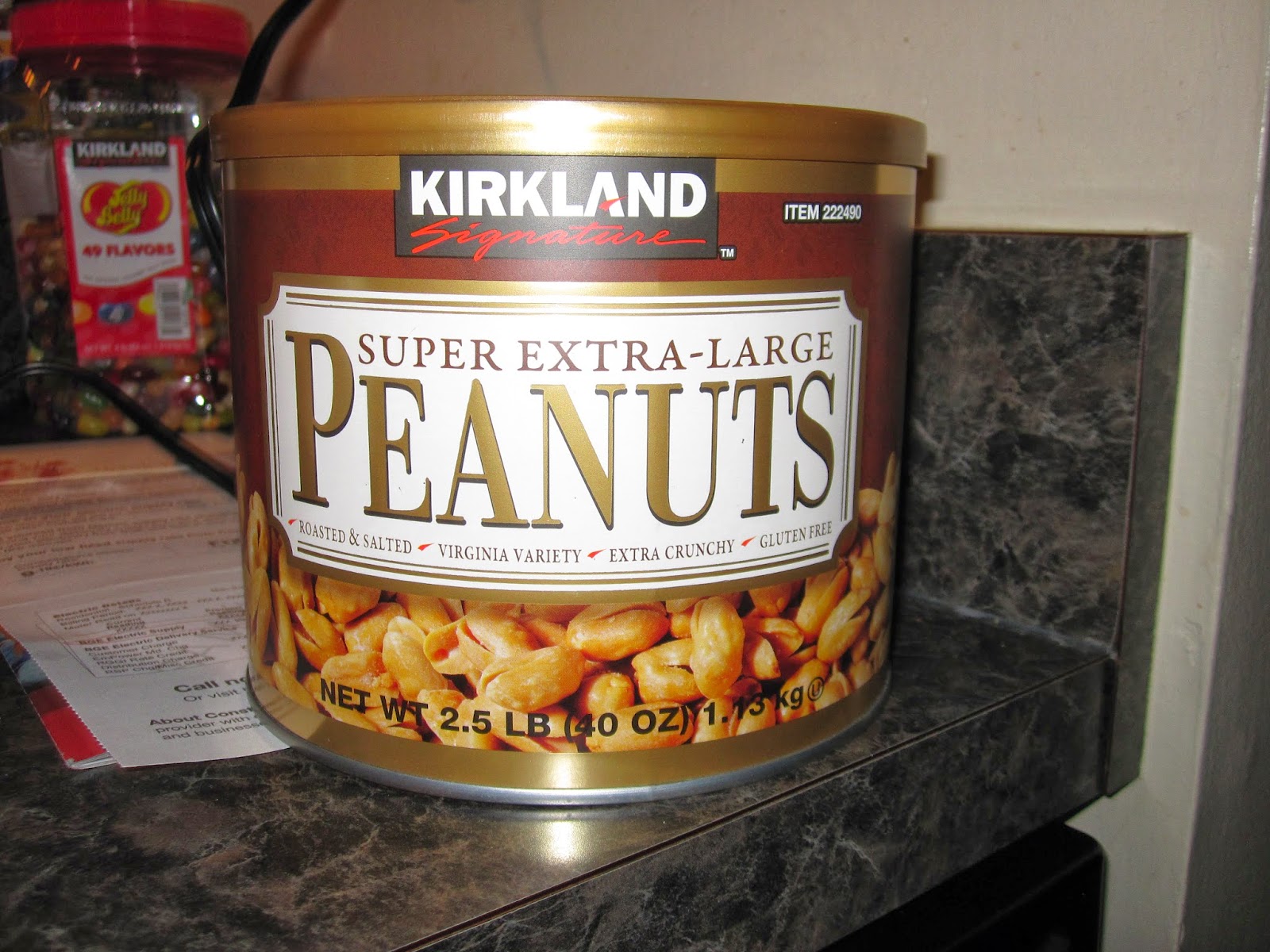 Peanuts. That's the only ingredient (they don't need to be super extra-large, but I went to Costco and that's what they have). As a side note, you want to check the ingredients to make sure there's just peanuts in there (you'd be surprised what some brands add to just peanuts).
You will use: 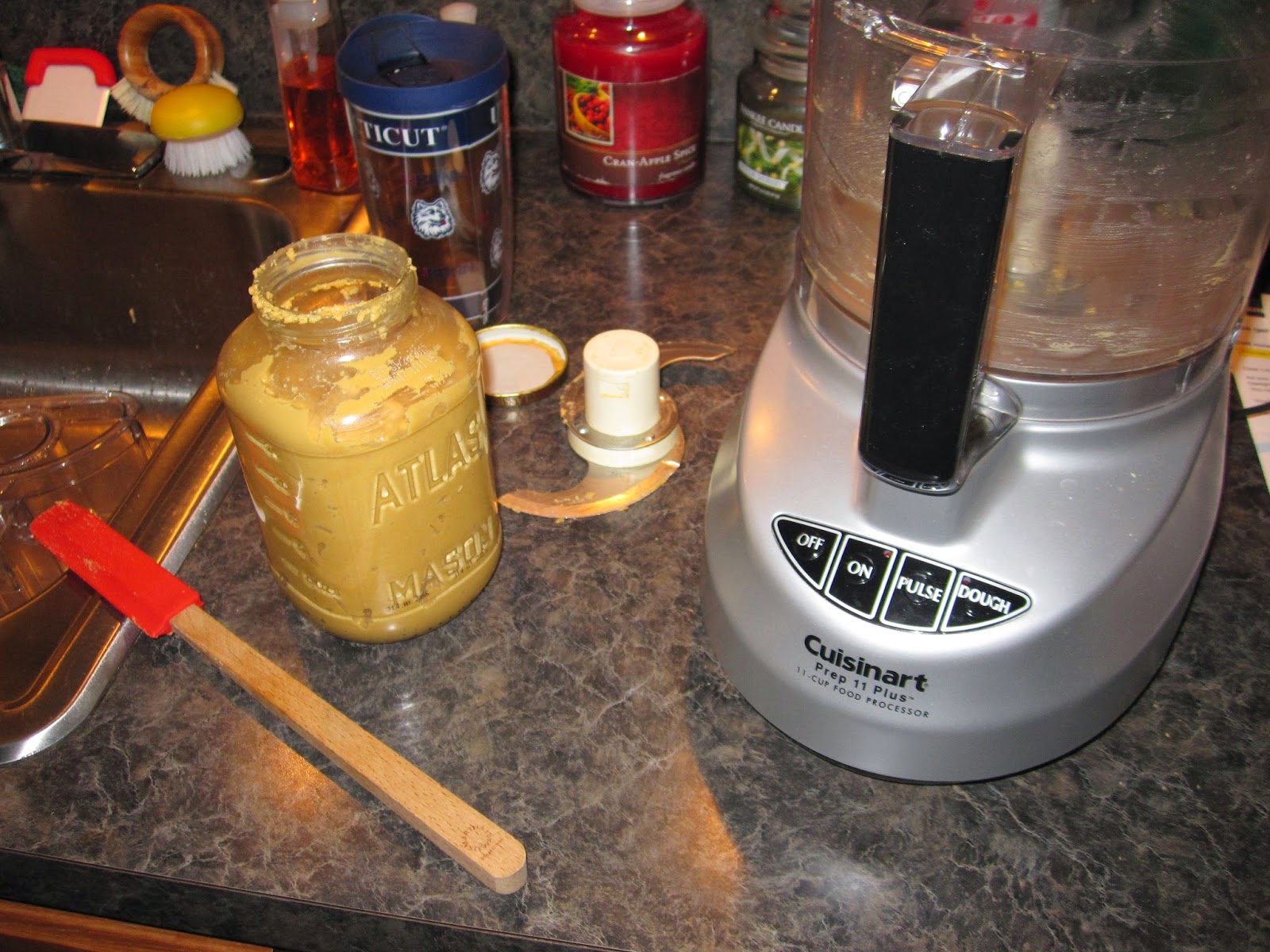 A food processor, spatula, and jar. If you use a mason or other small-neck jar, you'll want a jar spatula (makes less of a mess).
Now for making peanut butter!
First, put the peanuts in the food processor. 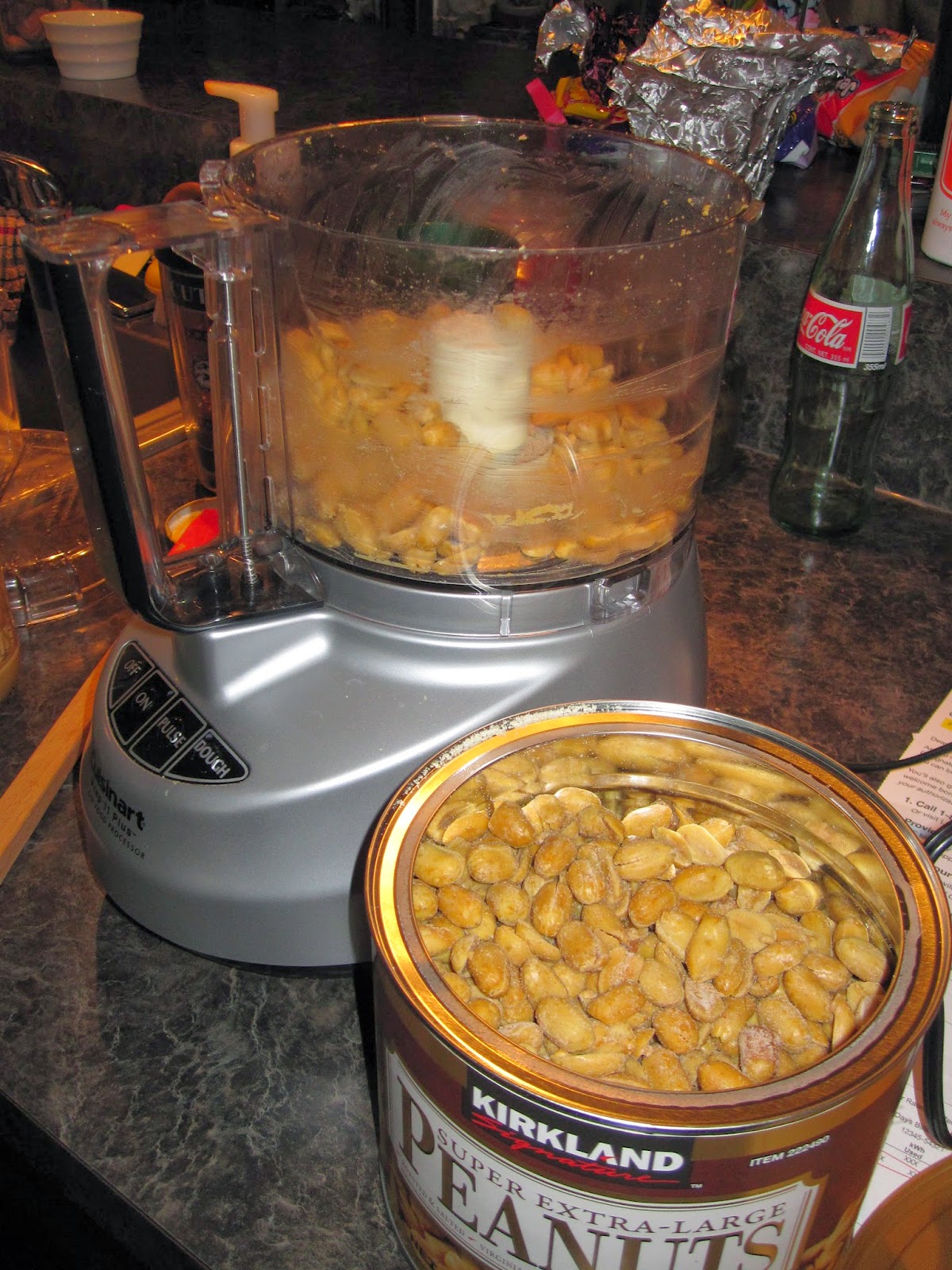 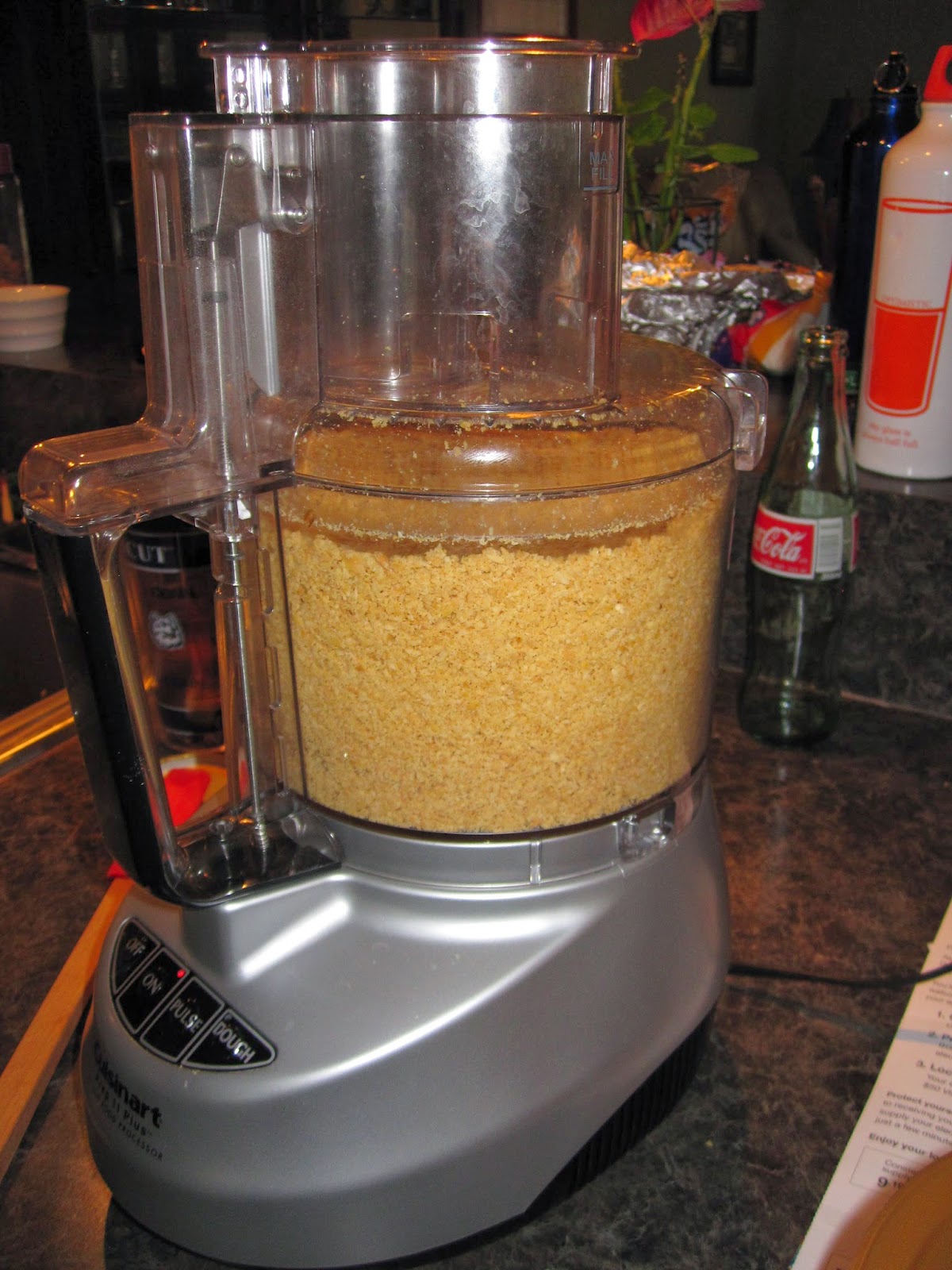 Scrape down every once in a while (maybe 3 times?). 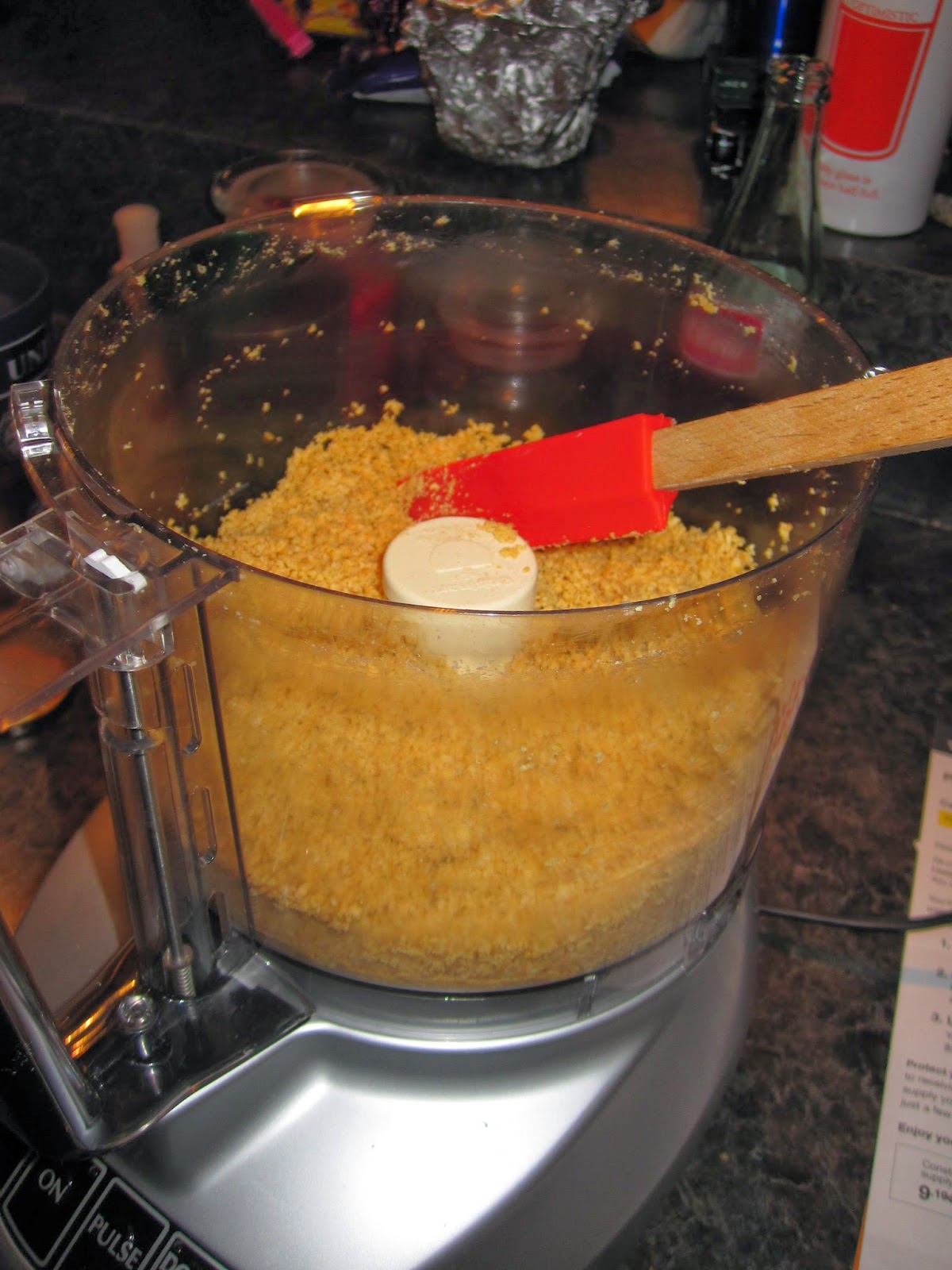 It should go all granular then start thickening. 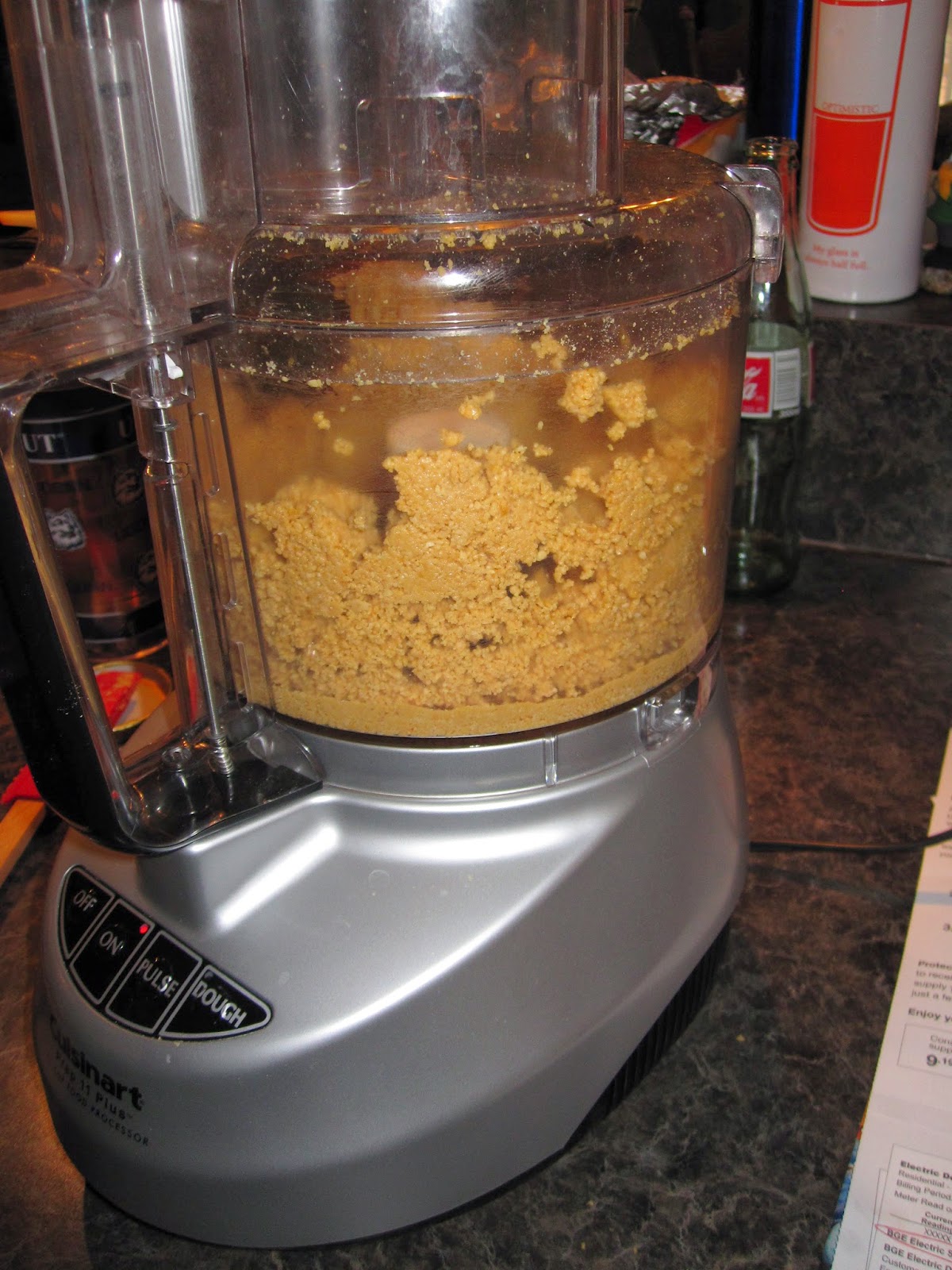 Scrape it down and up (sometimes a layer gets stuck on the bottom and doesn't mix in). 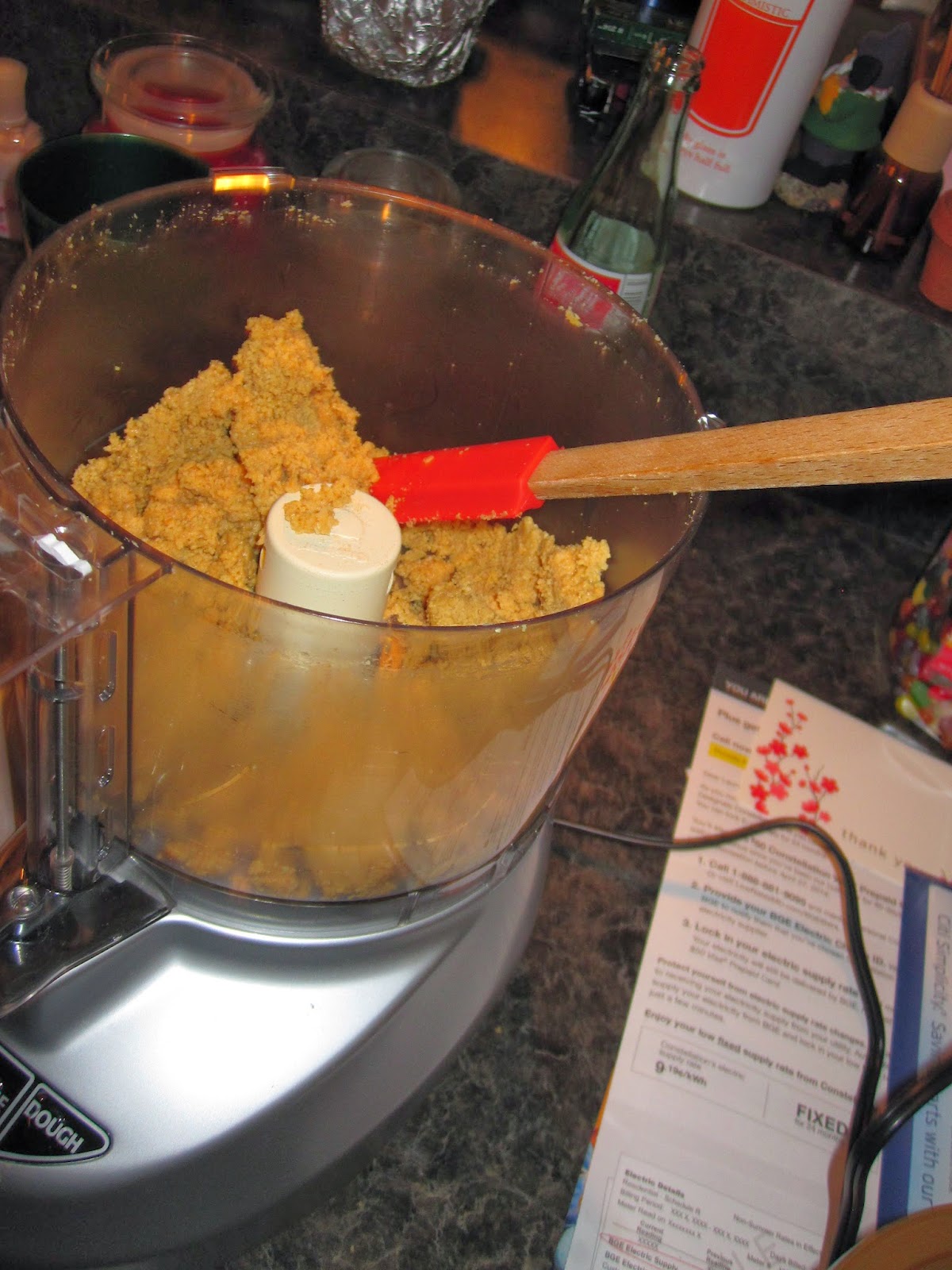 You're done when it balls up (you can kinda see the ball of peanut butter on the far side below). 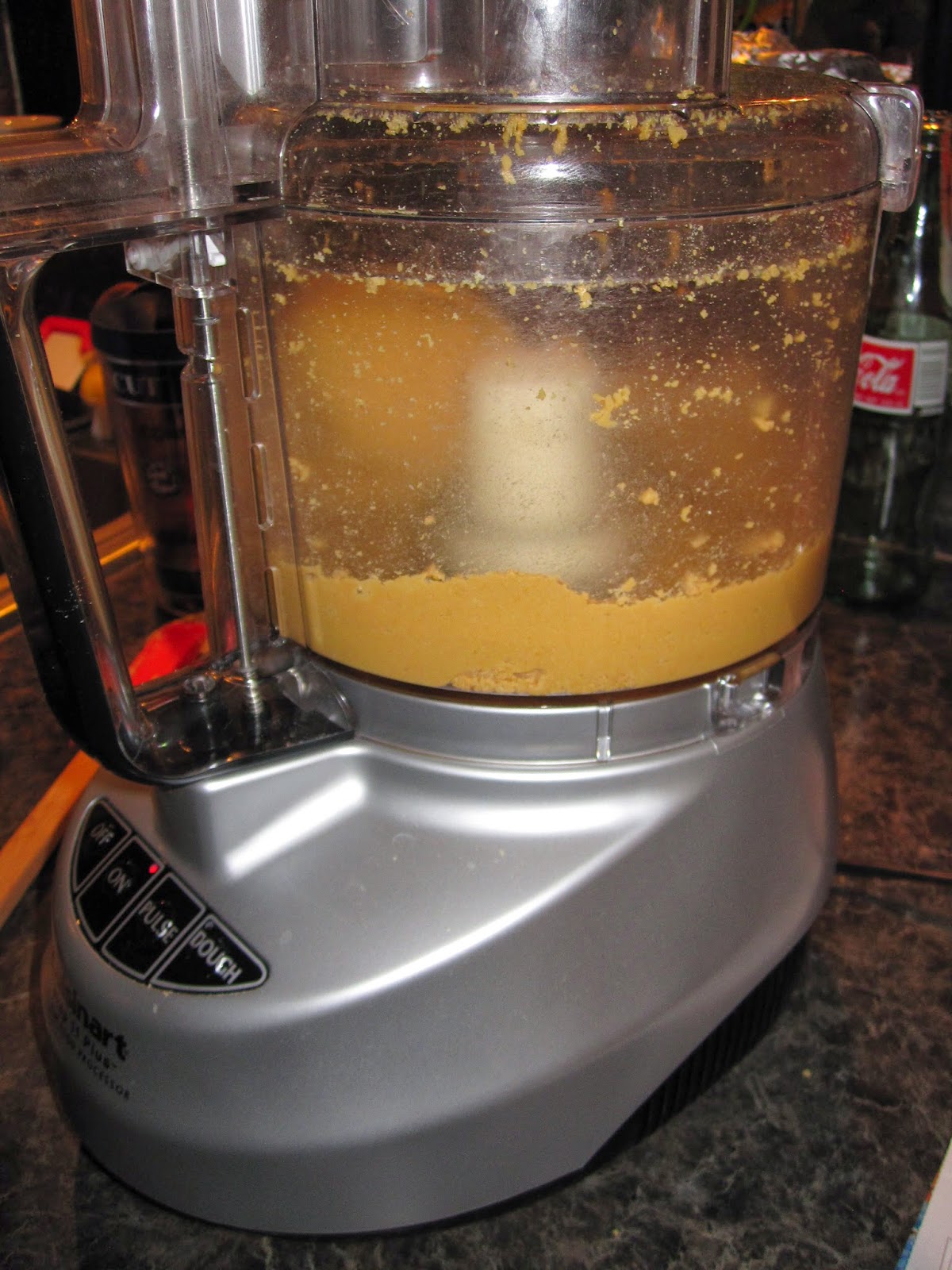 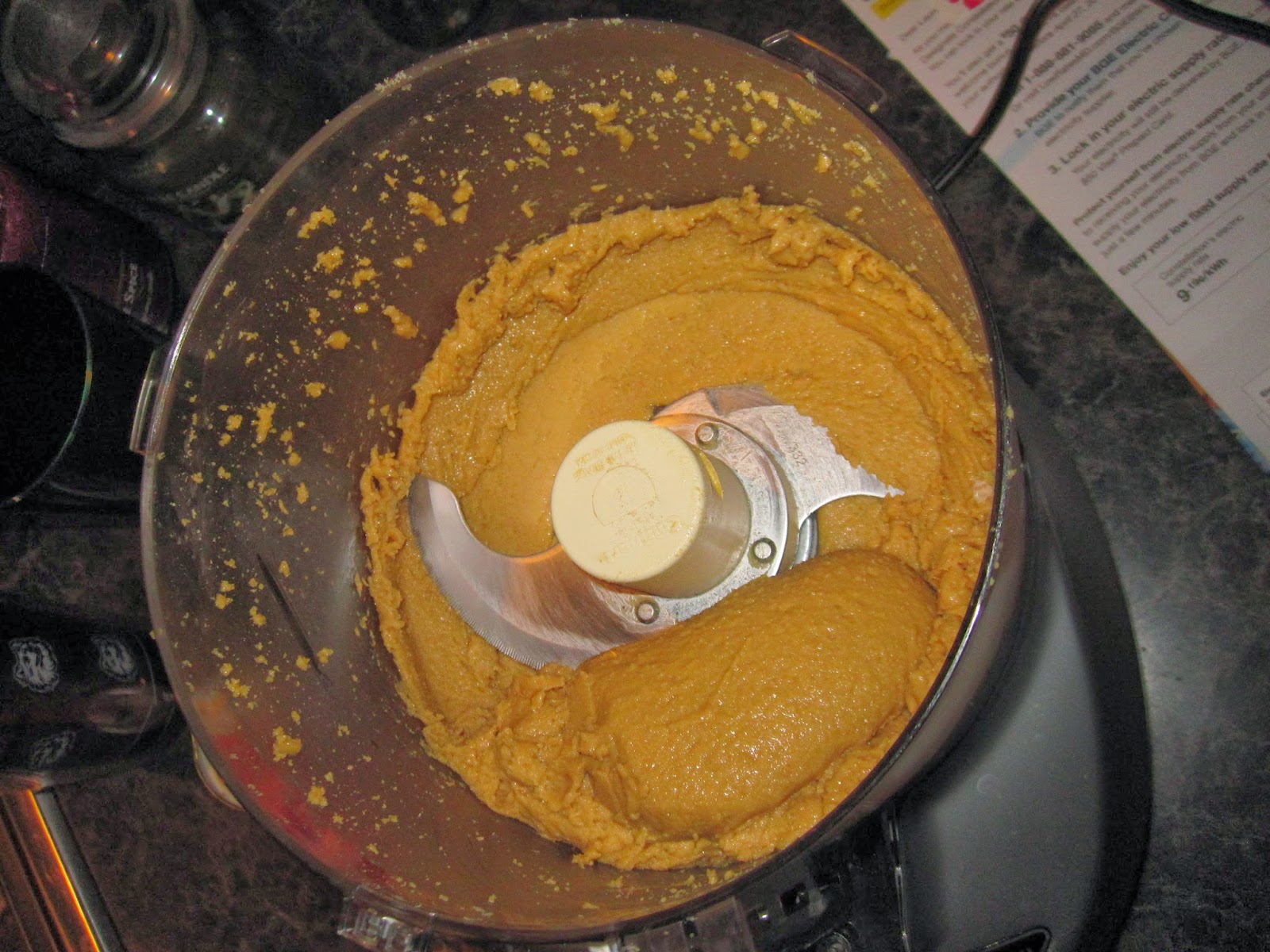 Mix it til you have your desired consistency, but you want it rather creamy. I think if you want it chunky (I haven't tried this), add more peanuts about now and just blend a little bit. 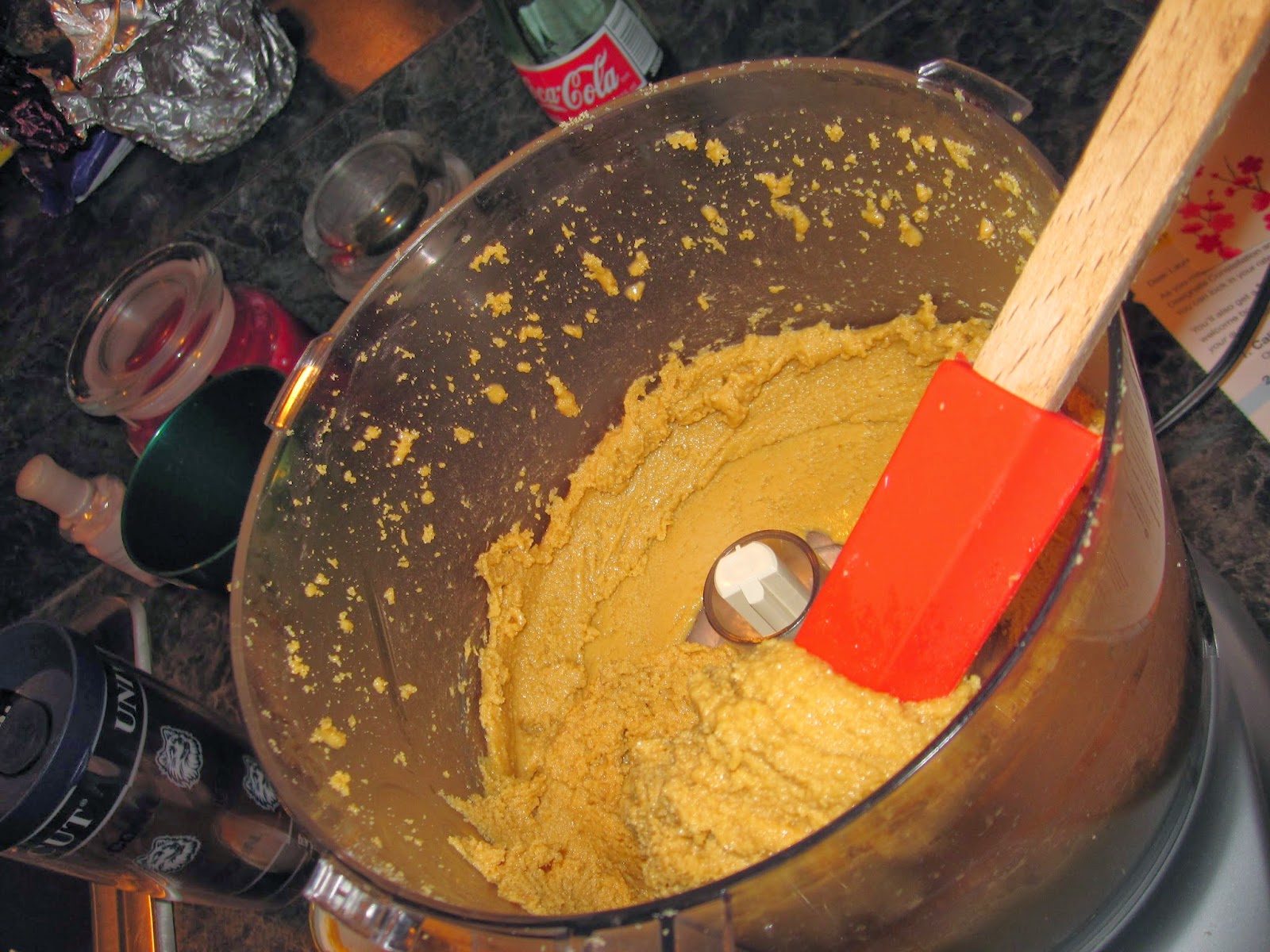 Put it in your jar! 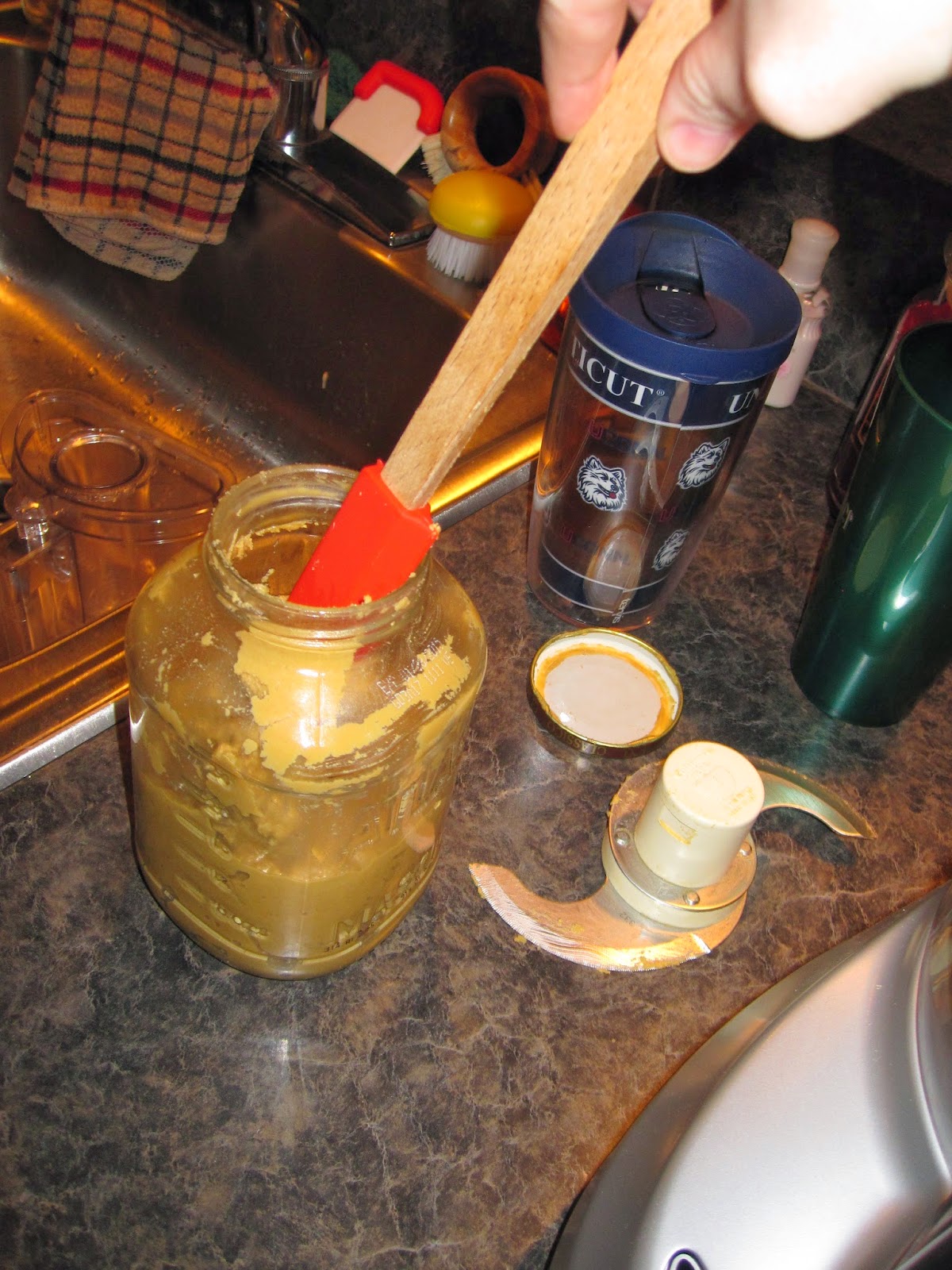 And that's all! Well, other than cleaning your dishes and such. You don't have to refrigerate it, but it won't separate if in the fridge.
Enjoy!

Posted by Lauren Conrad at 6:11 PM No comments:

Email ThisBlogThis!Share to TwitterShare to FacebookShare to Pinterest
Labels: how to, peanut butter

Settlers in a Pit

What if you combined the games Settlers of Catan and Pit? I'm thinking through how this would work. You'd start the game like any Settlers game, but when it came time for your turn it would get interesting. Instead of saying "two sheep for a brick!" you'd just say "2 2 2 2 2 2 2 2" or maybe "2 for 1, 2 for 1, 2 for 1" or something like that. I'm thinking players can only trade with the person whose turn it is (like in the regular game, you can only trade with the person whose turn it is). The turn would end when you end the bidding, build your stuff, and hand the dice to the next player. You could get in the situation where the one player is like "1 1 1 1 1 1 1 1 1 1 1" and everyone says "we don't have one to trade!!!!!" and it would be just like regular Catan.
Someone needs to try this and report back.
Posted by Lauren Conrad at 2:39 PM No comments:

Email ThisBlogThis!Share to TwitterShare to FacebookShare to Pinterest
Labels: games

What if, when you needed to fire someone, you did so by sending them the song "Let It Go" with the message "We need to let you go" - would that soften the layoff? Also could add "As you go away, don't slam the door" or "We don't care what you're going to say."

Conversely,  you could use the song as part of your resignation letter. "You can't hold me back any more" and "I don't care what you're going to say" work quite well as part of a resignation, especially from a less-than-optimal work situation. Also could add "One thought crystallizes like an icy blast: I'm never coming back - the past is in the past!" But that could burn some bridges...
Posted by Lauren Conrad at 2:45 PM No comments:

Why is it that we train up little girls to be mothers, but don't train up little boys to be fathers? If little girls play with baby dolls because they want to be mothers, shouldn't little boys play with baby dolls (to a lesser extent) because they want to be fathers? I know mothers are the primary caretaker of little kids, but fathers should be quite involved as well (for the sanity of the mother, if nothing else).
I've heard it said that motherhood is the greatest calling a woman can have (and I do believe it is crucially important), but why is it that fatherhood is not seen as a great calling as well? To put it plainly, why is it seen as weird if a girl does not aspire to be a mother, but it's totally fine if a boy does not aspire to be a father? Why do we glorify motherhood but stay silent on fatherhood?
I understand that fathers are normally the ones bringing in the paycheck (i.e. primary job away from the home) while mothers stay home and take care of the kids and house (i.e. primary job inside of the home), but shouldn't parenting be done by both parents? Shouldn't both parents see their primary job as parenting? If there are two adults in the household but only one is doing the parenting, it is basically a single-parent household.

Posted by Lauren Conrad at 1:52 PM No comments:

I thought this up while wanting to escape an entry-level job.
In a fictitious town with a less-than-optimal economy, there is a company. Bob works there as a typist. Bob is grateful for his job, however he has a college degree in management. When a managerial position opens, Bob submits his résumé. When Bob informs his friends and family of his work decision and asks for support, almost all say the same thing: "Bob, you should be grateful for the job you have. Many people are without work and you are lucky and blessed to even have a job."
While this healthy dose of realism is helpful to retain a proper perspective, why is Bob seen as ungrateful when he wants to better his situation in a hard economic time? Why do people view gratefulness and contentment as the same thing? Can Bob be grateful for his current job and yet not content to stay there the rest of his life? I submit that he can.
Posted by Lauren Conrad at 11:29 AM No comments:

It is better to struggle with depression rather than just give in. But when you are in the doldrums, it seems that struggling is futile. That makes it all the more difficult.
Storms are clearly dangerous, and people realize how bad they can be. People encourage you when you're struggling through a storm. We have songs and poems about the storms of life and all that. A storm gives you something to fight, something to overcome, and in the end you can talk about how you weathered a mighty storm.
From the outside it seems that doldrums are much easier than storms. Doldrums are calm and seem peaceful. But that's the danger - you get stuck in the doldrums and you can't get out without outside help. Doldrums are quiet and seem like non-events. Many people struggling through the doldrums are just as silent as the doldrums. There is no clear enemy to fight or challenge to overcome, and nobody talks about how they weathered through the doldrums.
In the end, we need to realize that the doldrums are just as dangerous as a full-out storm. Just ask the Ancient Mariner.

And further, here are some comics that capture the frustrations of depression.
Posted by Lauren Conrad at 10:37 AM No comments:

I thought this up a while ago while watching a news report on the Dream Act.

In a fictitious town, there is a company that is hiring workers. However, the line is long and the hiring process takes several years to complete. So there are people that, instead of waiting in line and going through the hiring process, sneak in a back door or an unlocked window. These people slip into the store and, while some may do odd jobs here or there, as a whole do not participate in the company work and try not to be discovered.
One day, the boss of the company sends out a memo to the entire work force. This memo states that all people in the building are now employees of the company. If you are waiting in line to get hired, good job! Keep waiting and eventually you'll be an employee. But those who are already in the building, no matter how they got in, are automatically employees - no need to wait in that line that is way too long!
Posted by Lauren Conrad at 7:14 PM No comments: